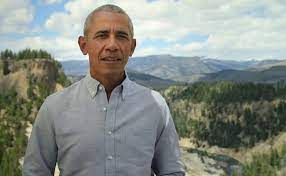 The documentary has been released in five-parts, and produced by Barack and Michelle Obama’s production company “Higher Ground”.

He has already won two Grammys and is now halfway to an EGOT- the achievement i.e. an Emmy, a Grammy, an Oscar, and a Tony

Barack Obama is 2nd US President to win Emmy, after Dwight D Eisenhower.