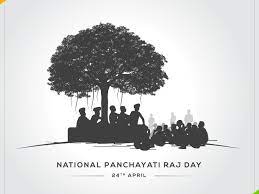 National Panchayati Raj Day is the national celebration that commemorates the Panchayati Raj Systems in India. It is celebrated every year on the 24th of April. The day is also marked to honour the passing of the 73rd Constitutional Amendment Act in 1992. India has more than 6 lakh villages and is governed by the Panchayati Raj system which is one of the oldest governing bodies in the country.

The day was initially observed in April 2010 to commemorate the decentralisation of power, which is considered one of India’s most significant milestones. As Panchayati Raj Diwas 2022 approaches, we bring you additional information about the event’s history, significance, and topic.

The day is of utmost significance as in the year 1957, a committee was established under the chairmanship of Balwantrai Mehta, that was aimed at bringing on reforms for the central power system. According to the committee’s report, it recommended a decentralised Panchayati Raj hierarchy that included Gram Panchayat at the Village level, Panchayat Samiti at the Block level and Zila Parishad at the District level.

Every year, the Prime Minister directly talks to the Gram Panchayat representatives and also takes a look at their progress report. Moreover, various village level functions, seminars, and other events take place. But this year, it will be celebrated without any theme.

The award ceremony, which will honour the outstanding work of panchayats across the country for their participation under the Panchayat Empowerment Accountability Incentive Scheme, will be the centrepiece of the event this year. On National Panchayati Raj Day, the Central government honours around 170 Panchayati Raj institutions.