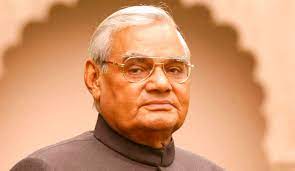 India is remembering Bharat Ratna, former Prime Minister Atal Bihari Vajpayee on his third death anniversary on 16 August, 2021. He passed away on this day in 2018.

Vajpayee was one of the co-founders and a senior leader of the Bharatiya Janata Party. He was a member of the Rashtriya Swayamsevak Sangh, a Hindu nationalist volunteer organisation.

He was the first Indian prime minister not of the Indian National Congress to serve a full term in office. He was also noted as a poet and a writer.