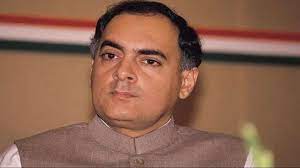 In May 1991, Rajiv Gandhi was assassinated by a Liberation Tigers of Tamil Eelam (LTTE) suicide bomber during an election rally in Sriperumbudur in Tamil Nadu.

Gandhi was from the politically powerful Nehru–Gandhi family, which had been associated with the Indian National Congress party. For much of his childhood, his maternal grandfather Jawaharlal Nehru was prime minister.