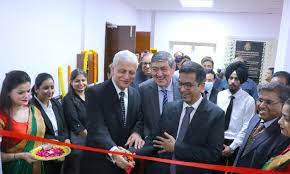 CJI Lalit, who is also the Patron-in-Chief of NALSA, congratulated NALSA Executive Chairman Dr. Justice D.Y. Chandrachud and functionaries of the legal services authorities for taking a leap forward in catering to the needs of free legal aid beneficiaries which is in line with the futuristic vision of 2047.

Justice Lalit proudly stated that it is a historic moment for NALSA by establishing a dedicated centre for citizen services in dispensation of efficacious legal aid in the country.

Uday Umesh Lalit was born on November 9, 1957 at Solapur, Maharashtra. In June 1983, he Enrolled as an Advocate and started practising in the High Court of Bombay till December 1985.