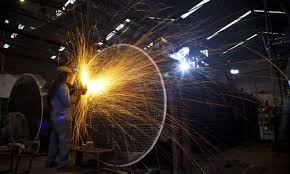 Economic Survey 2020-21 constructs a Bare Necessities Index (BNI) at the rural, urban and all India level.

The BNI has been created for all States for 2012 and 2018 using data from two NSO rounds viz., 69th and 76th on Drinking Water, Sanitation, Hygiene and Housing Condition in India.

In most of the States the access to the Bare Necessities for the household in 2018 is significantly better compared to 2012.

Access to drinking water to households in most of the States has improved in 2018 compared to 2012 in rural as well as urban areas.

Survey observes improvement in Housing Index also indicating improvement in access to housing and reduction in inter-States disparities with disproportionate benefits for the lowest income group in 2018 vis-à-vis 2012.

The economic Survey also notes improvement in micro environment for all States in 2018 except for Assam in rural and Odisha and Assam in urban areas as compared to 2012.

Survey also points to a positive correlation between access to bare necessities and better health and education outcome. It observes improvement in child survival, decline in still births, malnutrition, and infant mortality with improved access to sanitation and clean drinking water.