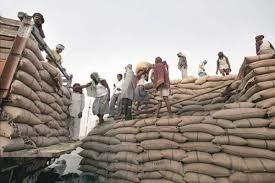 The Cabinet Committee on Economic Affairs (CCEA) has extended the norms for mandatory packaging of 100% food grains and 20% sugar in diversified jute bags, to give an impetus to the diversification of the jute industry.

The decision also mandates that initially 10% of the indents of jute bags for packing food grains would be placed through reverse auction on the Gem portal.

The Government has expanded the scope of mandatory packaging norms under the Jute Packaging Material (JPM) Act, 1987.

The approval will benefit farmers and workers located in the Eastern and North Eastern regions of the country particularly in the states of West Bengal, Bihar, Odisha, Assam, Andhra Pradesh, Meghalaya and Tripura.

The National Jute Board has collaborated with National Institute of Design and a Jute Design Cell has been opened at Gandhinagar.

With a view to boost demand in the jute sector, Government of India has imposed Definitive Anti-Dumping Duty on import of jute goods from Bangladesh and Nepal with effect from 5th January, 2017.

With a view to promoting transparency in jute sector, Jute SMART, an e-govt initiative was launched in December, 2016, providing an integrated platform for procurement of B-Twill sacking by Government agencies.