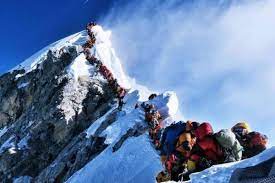 Famous mountaineers of Uttarakhand Harshwanti Bisht has the distinction of being elected the first woman president of the Indian Mountaineering Foundation (IMF). 62-year-old Bisht secured 60 votes out of a total of 107 votes to be elected to the coveted post on 20 November. In 1981, Bisht scaled the Nanda Devi peak for which she was honored with the Arjuna award. The IMF was founded in the year 1958.

It is an apex national body to organize and support, mountaineering and rock climbing expeditions at high altitudes in the Himalayas.