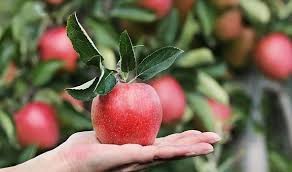 An innovative self-pollinating apple variety that does not require long chilling hours for flowering and fruit setting has been developed by a farmer from Himachal Pradesh.

This has spread to plain, tropical, and subtropical areas in various parts of India, where the temperature is as high as 40 -45 ºC during summer.

Commercial cultivation of this apple variety has been initiated in Manipur, Jammu, low lying areas of Himachal Pradesh, Karnataka Chhattisgarh, and Telangana, and fruit setting has been expanded to 23 states & UTs so far.

Hariman Sharma has also been conferred a National Award in 2017 during the 9th National Biennial Grassroots Innovation and Outstanding Traditional Knowledge awards by then  President of India.