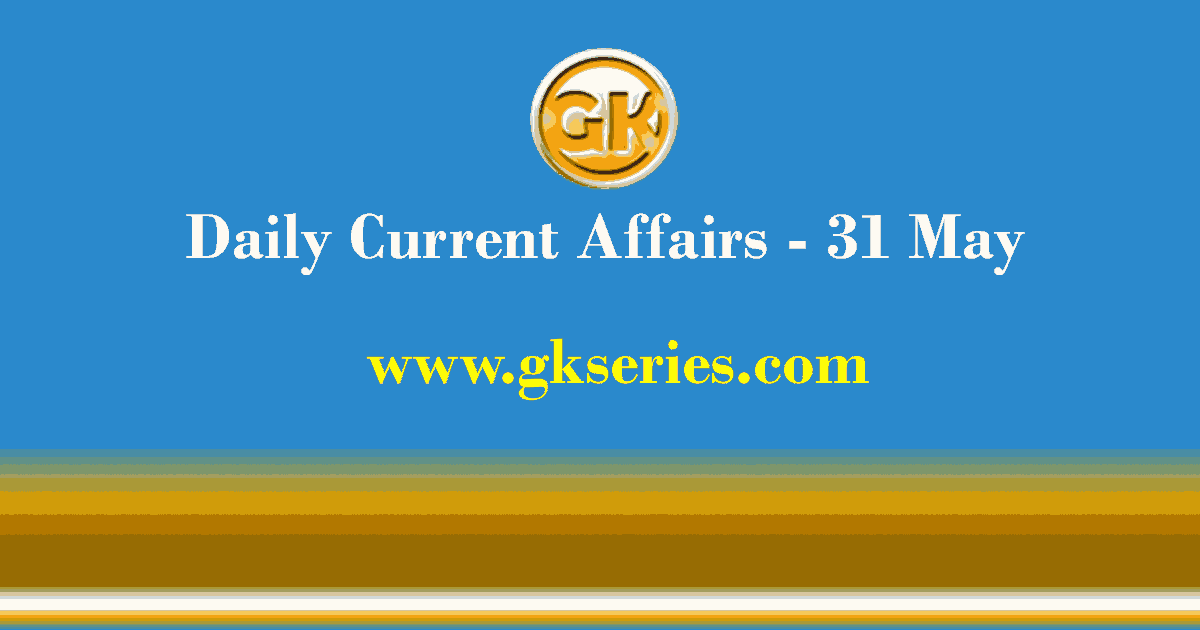 Current Affairs is the most important area in all competitive exams. But the difficulty level is very high. That’s why; many aspirants get confused, how to select Current Affairs for Preparation of Competitive Examination? Here we have tried to cover each and every point and also included all important facts from National/ International news that are useful for upcoming competitive examinations such as UPSC, SSC, Railway, State Govt. etc.

A start-up firm has exported two consignments of 4.5 tonnes of patented “village rice” sourced from Kumbakonam in Tamil Nadu’s Thanjavur district to Ghana and Yemen via air and sea routes.

This development comes on the heels of APEDA helping in the shipments of “red rice” from Assam to the US in March this year.

Iron-rich “red rice” is grown in the Brahmaputra valley of Assam without using any chemical fertilizer. The rice variety is referred to as “Bao-dhaan”, an integral part of the Assamese food.

APEDA, which is the nodal agency for agricultural and processed food exports in the country, is working with various stakeholders such as farmers, entrepreneurs, exporters and importers across the globe to harness India’s non-basmati rice exports potential.

Non-basmati rice exports to African and Asian countries are undertaken from various ports of India such as Kakinada, Vishakhapatnam, Chennai, Mundra and Krishnapatnam. Paradip will soon emerge as one of the major rice-exporting port of the country.

IBF to be renamed as Indian Broadcasting and Digital Foundation

IBDF is in the process of forming a new wholly-owned subsidiary to handle all matters pertaining to digital media.

IBDF will also form a Self-Regulatory Body (SRB), as per the Information Technology (Intermediary Guidelines and Digital Media Ethics Code) Rules, 2021 as notified by the Government of India on 25th February 2021.

This industry-led SRB called Digital Media Content Regulatory Council (DMCRC) for digital OTT platforms, which is a second-tier mechanism at the appellate level is similar to Broadcast Content Complaint Council (BCCC), which IBF had successfully implemented for the linear broadcasting sector way back in 2011.

The last surviving member of Constituent Assembly Passed Away

The last surviving former member of the Indian Constituent Assembly, T.M. Kalliannan Gounder, passed away at the age of 101 at Thiruchengode in western Tamil Nadu.

He joined the Indian National Congress at the age of 19 and participated in the Quit India movement. He was elected to the Indian Constituent Assembly while he was 28-years-old.

He was reportedly the youngest member in the Constituent Assembly then and also a member of India’s first provisional parliament.

Gounder served as a Member of Legislative Council in Tamil Nadu and also as an MLA thrice, between 1952 and 1967.

The Supreme Court indicated in a judgment that a straitjacket and literal interpretation of a penal provision on dowry death may have blunted the battle against the “long-standing social evil”.

But, Courts have often opted for a strict and narrow reading of the Section 304-B, which was one of the many legal initiatives introduced against dowry.

In a recent judgement, The Supreme Court said that courts should instead interpret Section 304-B liberally while keeping in mind the law’s intention to punish dowry and bride-burning.

According to Section 304-B, to make out a case of dowry death, a woman should have died of burns or other bodily injuries or “otherwise than under normal circumstances” within seven years of her marriage. She should have suffered cruelty or harassment from her husband or in-laws “soon before her death” in connection with demand for dowry.

Over the years, courts had interpreted the phrase ‘soon before’ in Section 304-B as ‘immediately before’. This interpretation would make it necessary for a woman to have been harassed moments before she died.

Such “absurd” interpretations should be avoided, the apex court noted. Instead, the prosecution needed to show only a “proximate and live link” between the harassment and her death.

The court further said the phrase “otherwise than under normal circumstances” in the Section also calls for a liberal interpretation.

The judgment also raised concern about the casual way in which trial courts examined accused persons in dowry death cases under Section 313 of the Code of Criminal Procedure.

French President Emmanuel Macron recently asked for forgiveness for his country’s role in the 1994 Rwandan massacre in which about 800,000 people, mostly ethnic Tutsis, were killed.

The Rwandan genocide occurred between 7 April and 15 July 1994 during the Rwandan Civil War. During this period of around 100 days, members of the Tutsi minority ethnic group, as well as some moderate Hutu and Twa, were slaughtered by armed militias.

France, which enjoyed close ties with Rwanda’s Hutu-led government of President Juvénal Habyarimana, has long been criticised for its role in the killings of the Tutsi minorities in the months of April to June 1994.

Rwanda is a landlocked country in the Great Rift Valley, where the African Great Lakes region and East Africa converge. Its capital city is Kigali.

Located a few degrees south of the Equator, Rwanda is bordered by Uganda, Tanzania, Burundi, and the Democratic Republic of the Congo. It is highly elevated, giving it the soubriquet “land of thousand hills”.

Union Finance Ministry has constituted a Group of Ministers, GoM to look into the matter of concessions and exemptions from GST to COVID relief materials.

The 43rd GST Council which met recommended the constitution of a GoM to examine into the needs for further relief to COVID-19 related individual items.

The Council also extended full exemption from Integrated GST on COVID-19 related medical goods for free distribution till the end of August this year.

The Anti-fungal drug Amphotericin-B was also included in the list of medical supplies covered under this relief. The GoM will submit its report to the GST Council latest by 8th of next month.

Prime Minister Narendra Modi recently approved a slew of measures under the PM-CARES for Children scheme, in a major relief announcement extending much-needed support for the children who have lost their parents due to COVID-19.

The Aid includes free education and an amount of 10 lakh rupees on attaining the age of 23, among others.

All children who have lost both parents or surviving parent or legal guardian or adoptive parents due to COVID-19 will be supported under PM-CARES for Children scheme.

Under the PM-CARES for Children scheme contribution will be done through the PM CARES Fund till the age of 18 years to create a corpus of Rs. 10 lakh for each child orphaned due to COVID-19.

The beneficiary will be given a monthly stipend for five years from 18 years of age till he completes 23 years.

Ensuring free education to such Kids, under this scheme, children under 10 years of age will be given admissions in Kendriya Vidyalayas and private schools whereas provision has been made for educating kids between 11 to 18 years of age in residential schools including Sainik Schools and Navodaya Vidyalayas.

The concept of forming ICG came into being post 1971 war, when it was assessed that maritime borders are equally vital as land borders. The ICG was created through an Act of Parliament in 1978.

The blueprint for a multi-dimension Coast Guard was conceived by the visionary Rustamji Committee even as the United Nations Convention of the Laws of the Sea (UNCLOS) was being negotiated and India’s assets off Mumbai high were growing.

ICG ships are being built within the country in various shipyards, including private yard in line with Government’s vision of ‘Make in India’. NSA was impressed to witness the ICG OPV Sajag.

ICG is a multifarious force, undertaking concurrent operations and being the first responder for any developing situation at sea. Their personnel work in very diverse conditions and circumstances to safeguard the vast coastline.

Ministry of Civil Aviation has granted permission of “No-Permission-No-Take off’ (NPNT) compliant drone operations at 166 additional green zones to facilitate, smoothen, and promote drone operations in the country.

The approved sites allow drone usage up to 400 ft Above Ground Level (AGL). These zones are in addition to the Sixty-Six green zone sites approved earlier.

The list of the approved green zone sites can be accessed from the Digital Sky Platform (https://digitalsky.dgca.gov.in).

As per DGCA, under “NPNT or ‘No Permission – No Take-off’ compliance, every Remotely Piloted Aircraft (except Nano) has to obtain valid permission through the Digital Sky platform before operating in India.

The framework mandates users to register on the online portal that acts as the national unmanned traffic management system for remotely piloted aircraft.

Flying in these approved ‘green-zones’ will require only intimation of the time and location of the flights via the Digital Sky portal or the app.

Drone flights in the green zone sites shall be compliant with the Unmanned Aircraft System (UAS) Rules, 2021 dated 12th March 2021 and other relevant orders/ guidelines issued by the Ministry of Civil Aviation.

‘YUVA- Prime Minister’s Scheme has been launched recently by the Ministry of Education For Mentoring Young Authors’ – an author mentorship programme to train young and budding authors below the age of 30.

The National Book Trust, India under the Ministry of Education as the Implementing Agency will ensure phase-wise execution of the Scheme.

The books prepared under this scheme will be published by National Book Trust, India, and will also be translated into other Indian languages.

The selected young authors will interact with some of the best authors of the world and get chance to participate in literary festivals.

YUVA is a part of India@75 Project Azadi Ka Amrit Mahotsav. It aims at bringing to the fore the perspectives of the young generation of writers on themes including unsung heroes, freedom fighters, unknown and forgotten places, and their role in the national movement among others.

An innovative self-pollinating apple variety that does not require long chilling hours for flowering and fruit setting has been developed by a farmer from Himachal Pradesh.

This has spread to plain, tropical, and subtropical areas in various parts of India, where the temperature is as high as 40 -45 ºC during summer.

Commercial cultivation of this apple variety has been initiated in Manipur, Jammu, low lying areas of Himachal Pradesh, Karnataka Chhattisgarh, and Telangana, and fruit setting has been expanded to 23 states & UTs so far.

Hariman Sharma has also been conferred a National Award in 2017 during the 9th National Biennial Grassroots Innovation and Outstanding Traditional Knowledge awards by then  President of India.

CRPF chief Kuldiep Singh has been given the additional charge of the Director-General of the National Investigation Agency (NIA) to replace Y C Modi.

The National Investigation Agency is India’s counter-terrorist task force. The agency is empowered to deal with terror related crimes across states without special permission from the states.

The Central Reserve Police Force (CRPF) is the country’s largest paramilitary with an estimated strength of about 3.25 lakh personnel.

It is designated as the lead internal security force with its main operational theatres being Left Wing Extremism affected states, counter-terrorist combat in the Kashmir valley and counter-insurgency operations in the northeast.