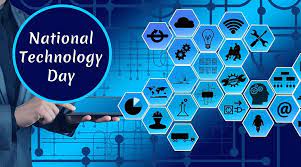 National Technology Day is celebrated on May 11 every year to honour the contributions of India’s scientific community including scientists, researchers and engineers. The significance of the date lies in the series of technological advancements the country achieved on the day decades earlier. This day is commemorated as an achievement of India’s technical advances, since on May 11, 1998, the country successfully tested nuclear weapons in Pokhran.

The theme for 2022 is “Integrated Approach in Science & Technology for Sustainable Future”. The theme was launched by Union Minister Jitendra Singh.

It was on 11th May 1998, that India achieved a major technological breakthrough by successfully carrying out a series of nuclear tests at Pokhran. On the same day in 1998, India tested its first indigenous aircraft Hansa-3 which took flight in Bengaluru. The aircraft was meant for surveillance, pilot training, and other reconnaissance purposes. The day also saw the successful test firing of the surface-to-air missile Trishul.

Considering the technological advancements, the then Prime Minister, Atal Bihari Vajpayee, declared 11th May to be celebrated as National Technology Day every year.