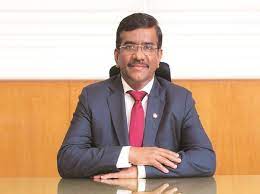 The Centre and the board of the National Bank for Financing Infrastructure and Development (NaBFID) has appointed Rajkiran Rai G as its managing director (MD) for the next five years. The board of NaBFID approved Rai’s appointment on July 30 based on clearance by the RBI, centre and the Development finance institutions (DFI) nomination and remuneration committee. Rai took charge as the DFI’s MD on August 8, and will hold the top post till May 18, 2027, according to details of the appointment.

The DFI is looking to commence its operations soon. The Centre, in October 2021, had appointed K V Kamath as chairperson of the government-owned DFI. Subsequently, government nominees Pankaj Jain and Sumita Dawra were appointed directors to the board of DFI. The government has already infused Rs 20,000 crore into NaBFID to help the DFI start its operations to catalyse investment in the infrastructure sector.