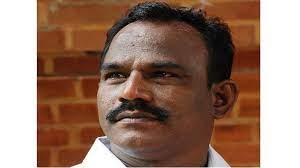 Tamil writer Imayam selected for Kuvempu national award: Rashtraku Kuvempu Prathishtana Kuppali has selected Tamil poet V Annamalai aka Imayam for the Kuvempu National Award for the year 2022, which will be awarded at Kuppali’s 118th birth anniversary celebration on December 29 in Thirthahalli taluk. ‘Kannada National Poet Kwembu Rashtriya Puraskar Award is presented annually in memory of the late poet Kwembu has been announced to Writer Institute for the Tamil language. The award carries a Rs 5 lakh cash reward, a silver medal, and a citation.

Annamalai writes in the pen name Imayam and has penned seven novels, six short story collections, and a novella. His debut novel ‘Koveru Kazhudaigal has been translated into English, French, and many other Indian languages. Through his writings, Imayam has introduced new sensitivities to Tamil literature. Koveru Kazhudaigal and Pethavan, two of his books, have been translated into English and several other languages.