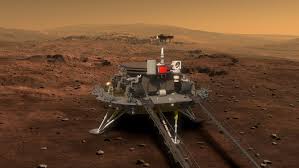 CNSA stated that China’s future planetary exploration missions will be named the Tianwen series. It signifies the Chinese nation’s perseverance in pursuing truth and science and exploring nature and the universe.

With this mission, the country aims to catch up with India, the US, Russia, and the European Union who is already executing their Mars Mission.

China in recent years has emerged as a major space power with manned space missions and landing a rover in the dark side of the moon.

It is currently building a space station of its own. However, China’s attempts to send an exploratory probe to Mars called Yinghuo-l, in a Russian spacecraft in 2011 failed as shortly after the launch and it was declared lost and later burnt during re-entry.