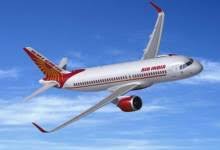 US Imposes $1.4 mn Fine on Air India Over Delay in Refunds: The US Department of Transportation (DOT) has fined Air India $1.4 million (around Rs 11.3 crore) for delaying refunds worth $121.5 million (around Rs 985 crore) to passengers whose flights were cancelled during the Covid-19 pandemic.

Air India is among the six airlines that were probed by the US government. Totally, over $600 million in refunds were paid and $7.25 million penalties imposed against six airlines for “extreme delays in providing refunds,” the US DOT said. Other airlines facing the DOT action include Frontier Airlines, TAP Portugal, Aeromexico, El Al Airlines and Avianca.

Under US law, airlines and ticket agents have a legal obligation to refund consumers if the airline cancels or significantly changes a flight to, from and within the US, and the passenger does not wish to accept the alternative offered.

In a statement Air India said it had accepted the penalty. “Air India confirms that it has received a fine pertaining to delayed refunds which mostly pertain to the pandemic period during which Air India was a public-owned entity,” it said.

“Since Air India was privatised in January, every effort has been made to clear all backlogged refunds, with more than 25,000 cases totaling $18.30 million (Rs 148 crore) successfully processed. New systems have also been implemented to expedite the processing of new refunds which are now turned around, on average, within one week,” Air India said.

Its capacity to process reimbursements was severely hampered by the extreme hardships experienced during the early stages of the Covid-19 outbreak, including multiple closures of its India offices, border closures, and travel bans. Air India stated that unlike many other carriers, it maintained a policy of providing refunds upon request regardless of whether a passenger chose not to travel or the carrier cancelled the flight, and made a good faith effort to comply with its obligations to provide timely refunds during the Covid-19 pandemic.