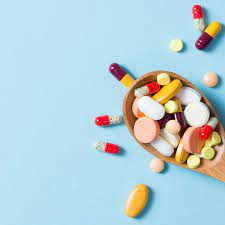 World Antimicrobial Awareness Week 2022: Every year, from November 18 to November 24, there is World Antimicrobial Awareness Week (WAAW).  It’s an international initiative to increase awareness of the growing problem of resistance to antibiotics and other antimicrobial medicines. The objective of the week is to raise awareness of global antimicrobial resistance, encouraging best practices among the general public, health workers and policy makers to avoid further emergence and spread of drug-resistant infections.

“Preventing Antimicrobial Resistance Together” is the theme of WAAW this year.  World Antimicrobial Awareness Week (WAAW) is a global campaign that is celebrated annually to improve awareness and understanding of AMR and encourage best practices among the public, One Health stakeholders and policymakers, who all play a critical role in reducing the further emergence and spread of AMR.

The World Health Organization (WHO) defines it this way:

“Antibiotic resistance occurs when bacteria change in response to the use of these medicines. Bacteria, not humans or animals, become antibiotic-resistant.”Antimicrobial resistance (AMR) develops when bacteria, viruses, fungi, and parasites adapt over time and stop responding to medications, making infections harder to treat and increasing the risk of disease transmission, life-threatening sickness, and death.As a result of drug resistance, antibiotics and other antimicrobial medicines become ineffective and infections become increasingly difficult or impossible to treat.

The World Health Organisation launched “World Antibiotic Awareness Week” in 2015 to raise global awareness and promote action to halt the emergence and spread of antibiotic-resistant bacteria. The campaign was rebranded as “World Antimicrobial Awareness Week” in 2020. The World Health Organization (WHO) projects a sense of urgency around the global issue of antibiotic resistance — and with good reason. If you develop an illness or an infection that can’t be treated in the traditional way with antibiotics, you can die.