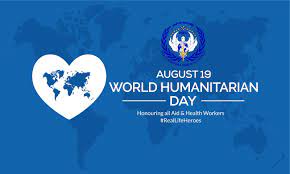 World Humanitarian Day is celebrated on August 19 each year to honour humanitarians across the world.

The day is observed to pay tribute to people who sacrificed their lives despite the odds and continue to provide protection and life-saving support to people in need.

This day was observed in the memory of the 2003 bomb attack on the Canal Hotel in Baghdad, Iraq, that claimed 22 lives, including the chief humanitarian in Iraq, Sergio Vieira de Mello.

World Humanitarian Day is a result of the works of a foundation laid by de Mello along with his family working with co-humanitarians such as France, Switzerland, Japan, and Brazil in Geneva and New York.