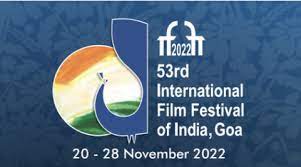 From January 24 to February 1, 1952, the first International Film Festival of India (IFFI) was held in Bombay (now Mumbai), Delhi, Calcutta (now Kolkata), and Madras (now Chennai). The Delhi leg was inaugurated by Prime Minister Jawaharlal Nehru. It was later held in different cities of the country. Since 2004, starting from the 35th edition, Goa has become the permanent venue of the International Film Festival of India (IFFI).  Every year, it is held in the months of November and December.