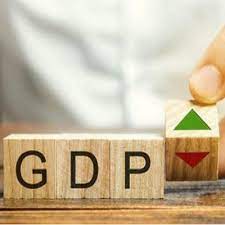 What The Agency Said:

“The global slowdown will have less impact on domestic demand-led economies such as India, Indonesia and Philippines. India’s output will expand 7 per cent in fiscal year 2022-2023 and 6 per cent in the next fiscal year,” S&P Global Ratings Asia-Pacific chief economist Louis Kuijs said.

The agency had earlier retained its FY23 projection of 7.3% and stated that inflation would likely continue over 6% until the conclusion of the fiscal year. It expects 6.8% inflation in the current fiscal year, with the RBI’s target rate rising to 6.25% by March 2023. The central bank has raised the repo rate by 1.9% so far during the year to a three-year high of 5.9%.

About The Other Peer Economies:

In the first nine months of 2022, the trade balance of the Philippines shrank by about 6 per cent of GDP from a year ago. In Thailand, the drop was 5 per cent; in South Korea 4 per cent; and in India, the contraction was 3.6 per cent of GDP. This will likely lead to major current-account deficits in the Philippines and Thailand, and push the current-account balance of India into a sizable deficit, from a surplus in 2021.

China is not the world economy’s lone weak link. The other giant of Asia, India, also suffered a year-to-year decline in the value exports in October. At least India relies less on exports as an engine of growth than does China.

About The Forex Reserves:

Foreign reserves have fallen in Asian emerging markets, even after adjusting for valuation changes. In India, the decrease in foreign reserves of USD 73 billion through August was far and above losses attributable to valuation changes (USD 30 billion). This, it said, implies that the central bank has made sizable interventions to support the Indian rupee.

What The Others Are Saying:

In a report titled ‘APAC Outlook: A Coming Downshift’, Moody’s said India is headed for slower growth next year, in line with the country’s long-term potential. But investments and productivity gains in tech and agriculture could accelerate growth. Moody’s predicted that India’s growth rate will slow to 8% in 2022, then to 5% in 2023, down from 8.5% in 2021.

In its World Economic Outlook report released last month, the International Monetary Fund (IMF) predicted that global economic growth would drop to 3.2% in 2022 and 2.7% in 2023, down from 6% in 2021.