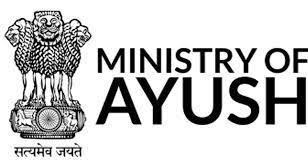 The Y-Break mobile application has been developed by MDNIY (Morarji Desai National Institute of Yoga).

Through this app, yoga and meditation can be done anywhere in just 5 minutes.

To orient the young minds towards Ayush and help them remain healthy, a series of sensitization lectures on the Ayush system for higher secondary school students and college students will also be launched during the week and IEC material will be distributed to them.