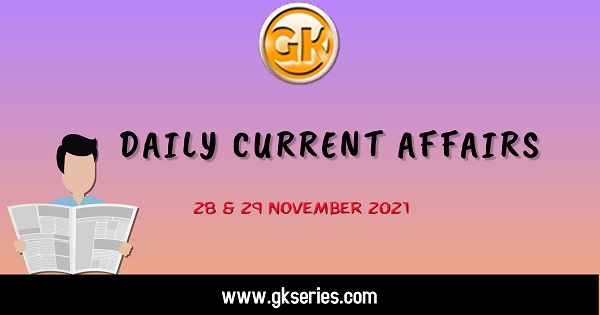 Amazon, Tata Tea, and Asian Paints emerged as the most purposeful brands in India across technology, fast-moving consumer goods (FMCG), and in non-FMCG categories respectively, according to findings of the Kantar’s BrandZ India 2021 report released.

In technology ranking, Amazon leads the index followed by Zomato, YouTube, and Google, and Swiggy jointly in 4th place. While Asian Paints topped the non-FMCG rankings, Samsung and Jio ranked jointly in the 2nd position. , followed by MRF.

RuPay, the flagship product of NPCI, has come on board as the title sponsor of the Prime Volleyball League. RuPay, the first-of-its-kind Global Card payment network from India, with wide acceptance at ATMs, POS devices, and e-commerce websites across India acquires the title sponsorship rights for three years of India’s latest franchise-based sports league, which is set to start in early 2022.

The tournament will consist of 24 games and the player auction will be held in Kochi on December 14. Gaming company A23 has already joined the league as ‘Powered By’ sponsors in a multi-year deal.

Bihar, Jharkhand, and Uttar Pradesh have emerged as the poorest states in India, according to Niti Aayog’s first Multidimensional Poverty Index (MPI) report. As per the index, 51.91 percent population of Bihar is poor, followed by 42.16 percent in Jharkhand, 37.79 percent in Uttar Pradesh. While Madhya Pradesh (36.65 percent) has been placed fourth in the index, Meghalaya (32.67 percent) is at the fifth spot.

According to MPI Bihar, Jharkhand and UP have emerged as the poorest states in India. Bihar also has the highest number of malnourished people followed by Jharkhand, MP, UP, and Chhattisgarh. Kerala, Goa, Sikkim, Tamil Nadu, and Punjab have registered the lowest poverty across India. The MPI measure uses the methodology developed by the Oxford Poverty and Human Development Initiative and the UNDP.

GHCL Limited, a chemical and textile company, has signed an MoU (Memorandum of Understanding) with the Government of Tamil Nadu for investing ₹500 crores in the State.

As per the MoU, GHCL will set up 40,000 ring spindles in Manaparai, Tiruchirappalli district, to produce synthetic and synthetic blended yarn. GHCL also plans to develop an EHT (extra high tension) power transmission facility in Manaparai to ensure an uninterrupted power supply.

GHCL has proposed to set up a 20 MW solar power park near Musiri, Tiruchirappalli district.

The Asian Development Bank has approved a USD 1.5 billion (around Rs 11,185 crore) loan to India for COVID-19 vaccine procurement.

The loan from ADB will fund at least 66.7 crore COVID-19 vaccine doses for an estimated 31.7 crore people, it added. It will support India’s National Deployment and Vaccination Plan which aims to fully vaccinate 94.47 crore people aged 18 years and above. The Asian Infrastructure Investment Bank is expected to co-finance an additional $ 500 million for the project.

Bajaj Allianz General Insurance has partnered TropoGo, a deep-tech start-up, for the distribution of its new Drone Insurance cover. The drone insurance product will cover damage to the Drone and Payload it carries.

The integration enables Amazon Pay to issue UPI IDs with the @yapl handle, allowing customers to make secure, fast, and convenient payments. Based on a multi-bank model, this collaboration allows Yes Bank to acquire merchants through the Amazon Pay platform.

Three oil PSU’s have joined hands to launch Model Retail Outlets to enhance service standards and amenities, across their networks. The initiative was inaugurated by Minister of Petroleum and Natural Gas & Housing and Urban Affairs, Hardeep Singh Puri.

The Reserve Bank of India (RBI) has imposed a monetary penalty of Rs 1 crore on State Bank of India (SBI) on November 26, 2021, for violating sub-section (2) of section 19 of the Banking Regulation Act, 1949.

Cyber ​​Tehsil Mutation will make the process easier and people from anywhere in the state can take advantage of it.Similarly the process of conversion will also become convenient in the cases of undisputed land through this service.

The Central Bureau of Investigation (CBI) Special Director Praveen Sinha has been elected as ‘Delegate for Asia’ on the executive committee of the International Criminal Police Organization (Interpol).

Sinha was elected in the elite panel on November 25, 2021 during the 89th Interpol general assembly in Istanbul, Turkey.

Meanwhile, Ahmed Nasser Al Raisi of the United Arab Emirates (UAE) has been elected as the new President of INTERPOL (Headquarters: Lyon, France).

Sahitya Akademi Award-winning poet Sananta Tanty died on Thursday at a private hospital in New Delhi after a prolonged illness. He was 69.

Tanty received several awards and recognitions. He received the Sahitya Akademi in 2016 for his collection of poems in Assamese titled ‘Kailoir Dinto Amar Hobo’ (Tomorrow Will Be Ours).

He is survived by wife and two sons.

The United Nations’ (UN) International Day of Solidarity with the Palestinian People is annually observed on November 29. The day is also known as Solidarity Day.

The day aims to educate the public on the question of Palestine and support a peaceful settlement of the Israeli-Palestinian conflict. It is observed to mark the anniversary of resolution 181, wherein the Assembly adopted the resolution on the partition of Palestine on November 29, 1947.

What Do People Do?

Special meetings may be held to observe Solidarity Day in some UN offices, councils, government bodies and organizations that have a special interest in the issues encompassing the event.  The day may also be publicized through newspapers, magazines, radio and television news, and online media.  Some topics that may be publicized or discussed include the status and plight of Palestinian refugees, as well as general information on Palestinian culture and society.

Exercise Dakshin Shakti witnessed the participation of over 30,000 troops from the Army, Navy, IAF, Coast Guard, BSF and intelligence. The drills were undertaken in the deserts of Thar to the Rann of Kutch.

The main objective of this exercise was to test the capability of the troops in the marshy and marine areas and to see how well the forces worked together and how well they connected. The drill aims to establish the best coordination among the wings of the armed forces, space technology and artificial intelligence.

INS Vela would form part of the Western Naval Command’s Submarine fleet and would be another potent part of its arsenal. The new Vela carries forward the legacy of her namesake, the erstwhile INS Vela which was commissioned on 31 Aug 1973 as the lead boat of Vela class submarines.

It has been built by Mazagon Dock Shipbuilders Ltd in collaboration with M/s Naval Group of France.

On November 26, 2021, the World Health Organization (WHO) classified a new COVID-19 variant, B.1.1.529, as a Variant of Concern and has named it Omicron. No cases of this variant have been identified in the U.S. to date. CDC is following the details of this new variant, first reported to the WHO by South Africa.

According to WHO, the strain may spread more quickly than other forms. It has a large number of mutations. WHO said that preliminary evidence suggests an increased risk of reinfection with this variant as compared to other variants. WHO also said that current PCR tests continue to successfully detect the variant.