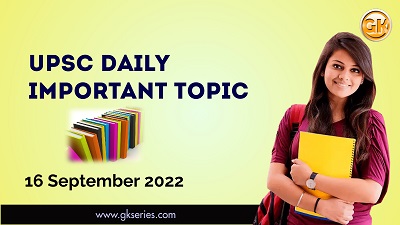 ✓India adds 10 more wetlands designated as Ramsar sites to make total 64 sites covering an area of 12,50,361 ha in the country.

✓India is one of the Contracting Parties to Ramsar Convention, signed in Ramsar, Iran, in 1971.

✓Man-made wetland which covers an area of 72.04 hectares.

✓It is the largest reserve for breeding resident and migratory water birds in South India.

✓Location: southeastern coastline and is a unique marine environment rich in biodiversity.

✓This is the first Marine Biosphere Reserve in South and South-East Asia.

✓This wetland forms part of the Important Bird and Biodiversity Area and hence part of the BirdLife International Data Zone.

✓About 250 species of birds have been recorded in the district.

✓Location: Vadamugam Vellode village in Tamil Nadu’s Erode district. Locally known as Periyakulam Yeri, it is one of the 141 prioritised wetlands in the state.

✓This freshwater wetland is a people-protected waterbird area, the history of which goes back centuries.

✓Locals have been protecting this heronry and in return benefitting from the manure-rich water from the lake.

✓An important staging and breeding ground for several species of waterbirds.

✓A narrow stretch of River Mahanadi near Tikarpada.

✓The gorge is approximately 22 km in length and part of Satkosia Sanctuary covering an area of 795.59 sq km notified by the State government in 1976.

✓Nanda Lake is considered to be critically significant for its ecosystem services and biodiversity values for the local communities and society at large.

✓The majority of the area is intermittent freshwater marshes that lie adjacent to one of the major rivulets of the Zuari River.

✓Location: Mandya district, of the state of Karnataka, India.

✓Enlisted as one of the Important Bird Areas (IBA) in Karnataka and India by Bombay Natural History Society.

✓It is an ecologically important riverine wetland of India, rich in biodiversity, with 188 species of plants, over 225 species of birds, 69 species of fishes, 13 species of frogs, and 30 species of butterflies.

✓It is not only important for its aesthetic value but it provides immense ecological services such as being an important source of water and helping groundwater recharge in the downstream areas.

✓It is an important nesting place for terrestrial and aquatic migratory & residential birds.

✓The diverse flora & fauna provides ideal habitat in the form of food and shelter for a large number of migratory birds during the winter season.

✓Presently, the wetland is being developed as a bird sanctuary and ecological learning center.