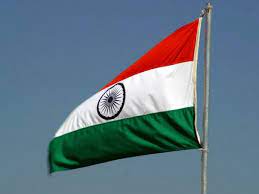 At the 26th annual plenary of the Wassenaar Arrangement held in Vienna from Nov 30- Dec 1, 2022, Eoin O’Leary (Ireland’s ambassador) has handed over the chairmanship to Jaideep Mazumdar (India’s ambassador).

Jaideep Mazumdar is the permanent representative to the UN and international organisations in Vienna. India joined the Wassenaar Arrangement in December 2017 as its 42nd participating state. The body is a multilateral export control regime that works to promote transparency and greater responsibility in transfers of conventional arms and dual-use goods and technologies through regular exchanges of information among its members. The regime is aimed at tracking such transfers and preventing “destabilising accumulations” of conventional arms and dual-use goods, the external affairs ministry said.