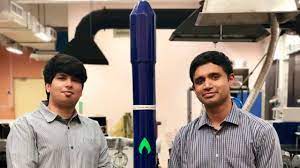 The Launchpad is designed and operated by AgniKul. It has incubated at the Indian Institute of Technology-Madras, plans to guide and control its upcoming launches from this facility.

“Establishment of a private launchpad marks a significant step in opening the Indian space sector to private players and affirms the commitment of ISRO and Department of Space for facilitating the same,” the ISRO statement said, quoted PTI.

The facility was designed by Agnikul Cosmos and executed in support of ISRO and Indian National Space Promotion and Authorisation Centre (IN-SPACe). It has two sections: the Agnikul launchpad and the Agnikul mission control center.

All critical systems connecting these two sections, which are 4 km away from each other, are redundant to ensure 100% operationality during countdown. The launchpad is specifically built keeping in mind the ability to support liquid stage controlled launches. It will also cater to the needs of ISRO’s range operations team to monitor key flight safety parameters during launches.

Also the launchpad could share data and other critical information with ISRO’s Mission Control Center. In its first launch, a two-stage launch vehicle, ‘Agnibaan’ is intended to carry a payload of up to 100 kg to around 700 km altitude.