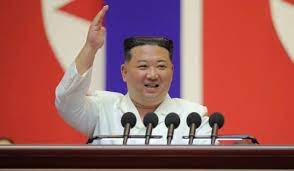 North Korea passes law authorising nuclear strikes as form of defence: North Korea passed a law Thursday allowing the country to use preemptive nuclear strikes, a move that Kim Jon-un said was “irreversible.” North Korea, this year tested a record number of weapons, including an intercontinental ballistic missile. “The utmost significance of legislating nuclear weapons policy is to draw an irretrievable line so that there can be no bargaining over our nuclear weapons,” Kim said in a speech to the assembly, according to Reuters. North Korea would never give up nuclear weapons, even if they faced 100 years of sanctions, he added.