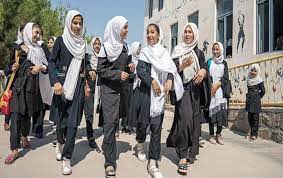 UNESCO Director-General Audrey Azoulay said that no country in the world should prevent women and girls from getting education and it is a universal human right that should be respected.

The international community has a responsibility to ensure that the rights of Afghan girls and women are restored without delay. UNESCO and other international organisations should take concrete steps to address the issue of women and girls in Afghanistan under Taliban rule. According to UNESCO, currently around 80 percent of Afghan girls and young women of school-age are out of school under Taliban rule, as they are denied access to secondary schools and universities.

Since 15 August 2021, Afghanistan has barred girls from attending secondary school, restricted the freedom of movement of women and girls, and excluded women from most areas of the workforce.