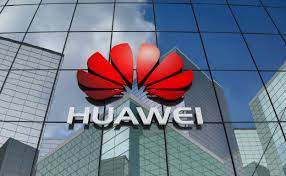 US Bans the Use of Chinese Companies Huawei, ZTE Telecom Equipment Sales: The Biden administration has prohibited new telecommunications equipment from China’s Huawei Technologies and ZTE from being approved because they pose a “unacceptable risk” to US national security.

What Has been Said:

The FCC’s five members voted unanimously to adopt new rules that will prohibit the importation or sale of the targeted products. These new rules are an important part of our ongoing actions to protect the American people from national security threats involving telecommunications,” FCC Chairperson Jessica Rosenworcel said in a statement. He added that the move had “broad, bipartisan backing” among the US congressional leadership.

According to the FCC, the prohibition is the latest step in a years-long effort “to keep US networks safe” by identifying and blocking devices deemed to be security concerns. “The Chinese Communist Party will stop at nothing to exploit our laws and undermine our national security,” he said in a statement. “This legislation fixes a dangerous loophole in our law, curtailing their efforts to worm their way into our telecommunications networks.”

Why US Govt Opted This:

The move represents Washington’s latest crackdown on the Chinese tech giants amid fears that Beijing could use Chinese tech companies to spy on Americans.

US security officials have warned that equipment from Chinese brands such as Huawei could be used to interfere with fifth-generation (5G) wireless networks and collect sensitive information.

The services identified as threats under that law were subsequently subject to the Secure Equipment Act of 2021, which was signed into law by President Joe Biden. That act created the groundwork for Friday’s announcement. It directed the FCC to “adopt rules clarifying that it will no longer review or issue new equipment licenses” to those companies.