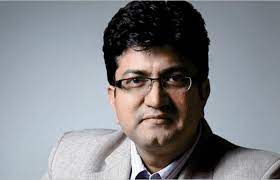 Uttarakhand Government appoints Prasoon Joshi as its Brand Ambassador: Prasoon Joshi, CEO & CCO of McCann Worldgroup India, has been named as the state’s brand ambassador by the Uttarakhand government. Padma Shri awardee Prasoon Joshi is currently the Chairman of the Central Board of Film Certification (Censor Board). He is a famous and highly awarded member of the Indian advertising and media fraternity. Joshi has also written the lyrics for songs in popular Bollywood movies such as Rang De Basanti, Fanaa and Taare Zameen Par. He also penned the screenplay for the award-winning 2013 film Bhaag Milkha Bhaag.

Prasoon Joshi is a native of Uttarakhand, the state administration has authorised the director general of culture to enter a Memorandum of Understanding with Joshi in this regard. Joshi is well-known for his work and content creation in the fields of advertising, poetry, songwriting, and cinema. His socially relevant campaigns like Malnutrition Polio eradication, Women empowerment Ministry of tourism, and the Swachh Bharat Abhiyaan (Clean India) have all won accolades and found deep and powerful consumer connect. He was also a key architect of the 2014 National Election campaign. Joshi’s campaign for HappyDent gum, “The HappyDent Palace,” was ranked as one of the “Top 20 Campaigns of the 21st Century” by The Gunn Report.

Earlier this month, the Uttarakhand government bestowed the Uttarakhand Gaurav Samman honour to Joshi for his contributions to art, literature, culture and advertising. He has received several prestigious international honours, including the World Economic Forum’s Young Global Leader award in 2006.  He was also the first Asian to become the jury president at the Cannes International Festival of Creativity in 2014 for the prestigious Titanium category.