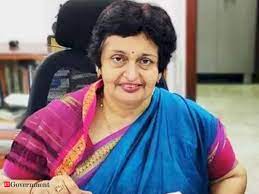 IAS officer Preeti Sudan appointed as a member of UPSC: Preeti Sudan, an Andhra Pradesh cadre IAS officer and former health secretary, has took the oath of office and secrecy as a Member of the UPSC. The oath was administered to her by the UPSC chairman Dr Manoj Soni. Sudan will step down as Union Health Secretary in July 2020. She also served as Secretary of Food and Public Distribution, as well as in the Ministries of Women and Child Development and Defense.

Preeti Sudan holds an M.Phil in Economics and an MSc in Social Policy and Planning from the LSE. Amongst her notable contributions have been initiating two major flagship programmes of the country, i.e., Beti Bachao, Beti Padhao and Ayushman Bharat, apart from Legislation on National Medical Commission, Allied Health Professionals Commission & ban on E-cigarettes. Sudan also was a consultant for the World Bank. She served as Chair of COP-8 of Framework Convention on Tobacco Control, Vice Chair of Partnership for Maternal, Newborn and Child Health, Chair of Global Digital Health Partnership and as member of WHO’s Independent Panel for Pandemic Preparedness and Response.

The UPSC is led by a chairperson and has a maximum membership of ten members. With Sudan’s appointment, there is still a vacancy of four members in the Commission. The UPSC is India’s principal central recruitment agency for all Group ‘A’ officers employed by the Government of India. The body conducts civil services examination annually in three stages — preliminary, main and interview — to select officers of Indian Administrative Service (IAS), Indian Foreign Service (IFS) and Indian Police Service (IPS) among others.