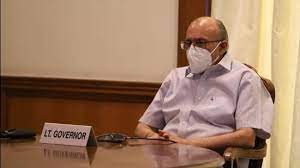 The Ministry of Home Affairs (MHA) issued a gazette notification stating that the provisions of the Government of National Capital Territory (GNCT) of Delhi (Amendment) Act, 2021, would be deemed to have come into effect from April 27.

The Bill amends certain powers and responsibilities of the Legislative Assembly and the Lieutenant Governor.

The Bill provides that the term “government” referred to in any law made by the Legislative Assembly will imply Lieutenant Governor (LG).

The Bill prohibits the Legislative Assembly from making any rule to enable itself or its Committees to consider the matters of day-to-day administration of the NCT of Delhi and conduct any inquiry in relation to administrative decisions.