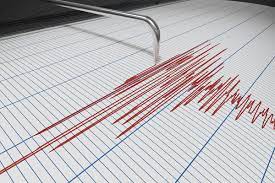 Recently the earthquake of 6.4 magnitude on the Richter scale Assam’s Sonitpur. The epicentre of the quake was 38 kilometres West-Northwest of Tezpur at a depth of 11 kilometres.

An earthquake of magnitude 2.7 on the Richter scale struck Assam’s Sonitpur. The epicentre of the quake was 38 kilometres West-Northwest of Tezpur at a depth of 11 kilometres.

The preliminary analysis shows that the events are located near to Kopili Fault closer to Himalayan Frontal Thrust (HFT).

According to NCS, the area is seismically very active falling in the highest Seismic Hazard zone V associated with collisional tectonics where Indian plate subducts beneath the Eurasian Plate.

HFT, also known as the Main Frontal Thrust (MFT), is a geological fault along the boundary of the Indian and Eurasian tectonic plates. The Kopili Fault is a 300-km northwest-southeast trending fault from the Bhutan Himalaya to the Burmese arc.

The historical and instrumentally recorded earthquake data (NCS catalogue) reveals that the region is affected by moderate to large earthquakes and the most prominent events among those are the July 29, 1960, Assam earthquake of magnitude 6.0.