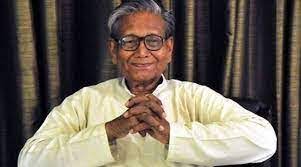 In 1971, his research in the archives of London and Edinburgh brought to light some of the little-known facts of India’s freedom struggle in the first decade of the twentieth century led by Sri Aurobindo for which he received the first Sri Aurobindo Puraskar (Kolkata).

He was awarded Padma Shri in 2001 and Padma Bhushan in 2020 for his contribution in the field of Literature & Education.