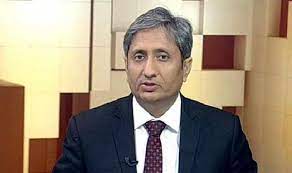 Senior journalist Ravish Kumar resigns from NDTV following Adani acquisition: Ramon Magsaysay award-winning journalist Ravish Kumar has resigned from NDTV on Wednesday, just a day after the channel’s founders and promoters Prannoy Roy and Radhika Roy resigned as directors from the board of the news broadcaster’s promoter entity RRPR Holding Private Limited. The departure of the senior journalists comes after the news channel was acquired by the Adani Group, which holds 29.18% of the company.

Prannoy Roy and his wife Radhika Roy had resigned as Directors on the Board of RRPR Holding Private Limited, the company said in a regulatory filing on Tuesday. RRPR Holding’s board of directors has approved the immediate appointment of Sudipta Bhattacharya, Sanjay Pugalia, and Senthil Sinniah Chengalvarayan as Directors.

Career of Ravish Kumar in NDTV:

Whole story of the acquisition: