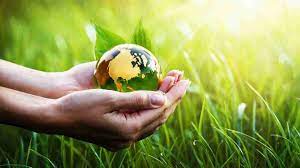 The significance of celebrating the National Pollution Control Day is to avoid similar catastrophes like the Bhopal Gas Tragedy and save the earth from the damage caused by pollution. The day is dedicated to encourage the adoption of pollution control acts to prevent the environmental pollution caused by human negligence and industrial emissions.

Objectives of the day:

The origins of National Pollution Day in India may be traced back to the heartbreaking Bhopal Gas Tragedy, in which thousands of people died. The incident happened on the nights of December 2 and 3, 1984, which is why National Pollution Control Day is marked every year on December 2. On 3 December 1984, almost 45 tonnes of the hazardous gas methyl isocyanate (MIC) escaped from a pesticide plant owned by the Indian division of the American company Union Carbide Corporation. Within no time, the poisonous gas killed thousands of people and several thousands fled the city.