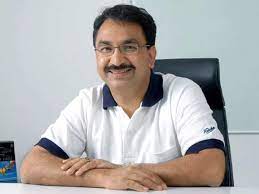 Vikram S Kirloskar participates in a variety of extracurricular activities at MIT. Vikram later served on the Board of Trustees of The Rhode Island School of Design. Vikram started working in his family business after college, initially in production engineering. Early in his career, he designed and developed a variety of processes and machine tools.  He was involved in opening the import licensing for capital equipment while serving on the government’s development council for machine tools in the late 1980s.