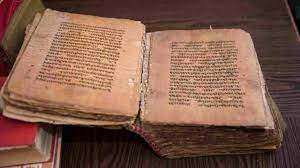 World Sanskrit Day is observed on Sawan Poornima in the Hindu calendar every year. The day also marks the holy festival of Raksha Bandhan.

Being the first spoken and oldest language, Sanskrit holds significance in the ancient history of India. It is also considered as the Dev Vani which translates to the ‘language of Gods.’

Despite all this, Sanskrit is not getting the recognition it deserves. As a result, World Sanskrit Day is celebrated all across the country in order to promote the resurgence and preservation of this language.

In 1969, With the intent of illuminating the next generation about the ancient Indian language, the Government of India decided to celebrate Sanskrit Diwas on the auspicious occasion of Raksha Bandhan.