Dr Divya Karnad won the prestigious Global Future For Nature Award 2019 for her work on marine conservation. She is the first woman and the second Indian to won the award. 7/16 The first Indian who won the award is Dr Charudutt Mishra. The Future For Nature Award is a an international award that celebrates tangible achievements in protecting wild animal and plant species
4 Who won the FICCI CSR Award for Women Empowerment ?
A Reliance Communications
B Ashok Leyland
C Larsen and Toubro Company
D Jindal Steel and Power Ltd

Jindal Steel and Power Ltd won the FICCI CSR Award for Women Empowerment.
5 Which country has signed a Memorandum of Understanding with India to boost cooperation in the sector of nuclear energy on 18 February 2019?
A Saudi Arabia
B France
C Israel
D Argentina

India and Argentina signed a Memorandum of Understanding (MoU) to boost cooperation in the sector of nuclear energy on 18 February 2019. The MoU will strengthen the institutional linkages in civil nuclear research, development and capacity building. India and Argentina had signed an agreement in 2010 for cooperation in the peaceful uses of nuclear energy.
6 Who won Best Actress award at Oscar 2019?
A Lady Gaga
B Glenn Close
C Yalitza Aparicio
D Olivia Colman

India and Saudi Arabia have signed five agreements in various fields, including tourism and enhancement of bilateral investment relations on 20 February 2019. A MoU was signed on investing in the National Investment and Infrastructure Fund (NIIF). An MoU was signed for cooperation on broadcasting between Prasar Bharati and Saudi Broadcasting Corporation for exchange of audio visual programme.
9 Who is named as the brand ambassador of Swasth Immunised India ?
A Kareena Kapoor Khan
B Dinesh Karthik
C Rajesh Sharma
D Anil Kapoor

Jharkhand Chief Minister Raghubar Das launched the first phase of the Rs 100-crore ‘Meethi Kranti’ or Sweet Revolution Scheme on 21 February 2019. As per the scheme, 1,207 farmers will be given Rs 1 lakh for bee keeping. Of the amount, Rs 80,000 grant will be given by the government of Jharkhand, while the payment of Rs 20,000 will be done by the beneficiary.
Advertisement 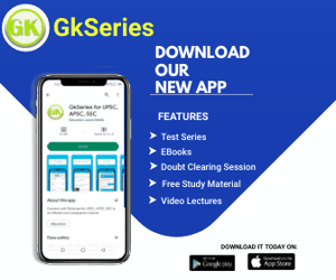