The US has agreed to sell its 2 advanced missile defence systems to India at a cost of $190 million for 2 Boeing-777 Head-of-State aircraft. This decision will enhance the security of the planes flying the President and Prime Minister. The sale will also support the national security and foreign policy of the US. It will also strengthen the US-Indian strategic relationship.
2 2019 Asia LPG Summit Held In ----------
A New Delhi
B Pune
C Mumbai
D Hyderabad

An interactive session on the Indo-Africa Strategic Economic Co-operation was held in New Delhi on 6th Feb 2019. It was organised by the Ministry of Commerce and Industry. The bilateral trade between Africa and India has increased from $7 billion in 2001 to $78 billion in 2014 and then $60 billion in 2017. Suresh Prabhu is the Union Minister of Commerce & Industry and Civil Aviation.
4 Parmanu Tech 2019-Nuclear Energy Conference in ----------?
A Hyderabad
B Chennai
C New Delhi
D Mumbai

Zero Fatality Corridor program is organised by Delhi Government.
7 Pradhan Mantri Ujjawala Yojana (PMUY) anthem was launched during the 'Ujjwala Utsav' in New Delhi on 7 February 2019. Who is the composer of the PMUY anthem?
A Kailash Kher
B AR Rahman
C Gulzar
D Pritam

Ujjwala Utsav was observed by the Oil industry in New Delhi on 7th Feb 2019. It was observed to celebrate the stellar role played by all stakeholders in making PMUY scheme a success. PMUY anthem – 'Ujjwala Bharat Ujjwala' composed by Kailash Kher was also launched on the occasion. The Pradhan Mantri Ujjwala Yojana aims to provide free cooking gas connections 12/16 to 80 million families by 2020.
8 DD Arunaprabha, India’s public service broadcaster Doordarshan’s exclusive channel, is based on ________.
A Arunachal Pradesh
B Tripura
C Assam
D Manipur

The government appointed Air India Chief Managing Director and Chairperson Pradeep Singh Kharola as the secretary of the Ministry of Civil Aviation. Kharola will take over from Rajiv Nayan Choubey. He is an IAS officer of Karnataka cadre from the 1985 batch, who was named chairperson of Air India in November 2017. Jayant Sinha is the Minister of Civil Aviation.
10 Recently, who has been honoured with the ‘Freedom of the City Of London' award?
A Ganesh Prasad
B Rikhil Shah
C Sanjiv Chadha
D Rajnish Kumar

The State Bank of India’s UK Chief Mr Sanjiv Chadha has been honoured with the ‘Freedom of the City Of London’. The award was given by the city of London Corporation in recognition of his contribution to promoting bilateral relations. The previous Indian recipient of the honour is Jawaharlal Nehru, the first PM of India. Other recipients include author JK Rowling and actor Dame Judi Dench.
Advertisement

Q. Chemically quick-silver is known as
Q. Mariana Trench is found in
Q. A unit price elastic demand curve will touch
Q. B2C stands for :
Q. Which of the following areas is noted for mangrove vegetation ?
Q. Elections to the House of the People and the legislative assemblies of States in India are held on the basis of:
Q. Which one of the following mountains is not the part of Eastern Ghats ?
Q. The General Assembly of the United National meets
Q. Residuary powers under the Indian Constitution means
Q. The longitudinal deposits in the tunnel under a glacier are called 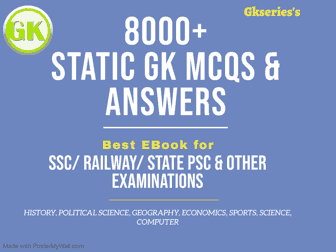