1 When is the International Day of Democracy observed across the world?
A 13 September
B 14 September
C 15 September
D 16 September

International Day of Democracy is observed on 15 September across the world. The theme for 2018 is 'Democracy under Strain: Solutions for a Changing World'. The United Nations General Assembly observed Democracy day for the first time in 2008. This day provides an opportunity to review the state of democracy in the world.
2 Where in India will the first pet park, to match international standards for pets, be developed and certified by the Kennel Club of India?
A Patna
B Jaipur
C Ranchi
D Hyderabad

Elon Reeve Musk is the founder, CEO, and lead designer of SpaceX.
5 What is the name of India’s first underwater robotic drone which was launched on 14th September 2018?
A Aerostar
B OnyxStar
C Eyerovtuna
D Diamond Hero

Eyerovtuna can send real-time videos of ships and other underwater structures to help with their repair and maintenance. It was handed over to the Naval Physical and Oceanographic Laboratory (NPOL) of DRDO. Eyerovtuna was developed by EyeROV Technologies which is a Kochi-based Startup.
6 How much money the Reserve Bank will spend to purchase government securities (G-secs) on September 19, 2018?
A 5,000 crore
B 10,000 crore
C 15,000 crore
D 20,000 crore

The Reserve Bank will purchase government securities (G-secs) worth Rs 10,000 crore on September 19, 2018. The move is aimed at inducing liquidity in the system. The purchase of the government securities will be done through Open Market Operations (OMO). The RBI proposes to purchase G-secs having five different maturity dates.
7 Which of the following has signed two agreements with the NITI Aayog and BSNL to speed up its Country Digital Acceleration programme in India?
A HP
B IBM
C Cisco
D VMware

Cisco has signed two agreements with the NITI Aayog and Bharat Sanchar Nigam Limited (BSNL) to speed up its Country Digital Acceleration programme in India. Cisco is a U.S.-based firm which makes networking telecommunications equipment. Cisco has made over 25 strategic investments in growth stage companies in India.
8 To address stigma attached to which disease, the Supreme Court passed a slew of direction in September 2018?
A AIDS
B Cancer
C Leprocy
D Leucoderma

On September 14,2018 Supreme Court issued a slew of directions to end century old stigma attached to Leprocy patients. The directions were given by three-judges SC bench headed by Chief Justice A.M. Khanwilkar and DY Chandrachud.
9 Which Union Ministry launched the Chiller Star Labelling Program on September 14, 2018?
A Science and Technology
B Environment
C Power
D New and Renewable

The Union Ministry of Power on September 14, 2018 launched the Chiller Star Labelling Program. The aim is to encourage the deployment of Energy Efficient chiller systems in the country. The program has been formulated by Bureau of Energy Efficiency (BEE).
10 By which year India seeks to attain the goal of ‘End of AIDS’?
A 2020
B 2025
C 2027
D 2030 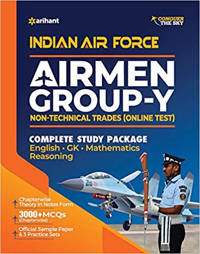