1 In which city the first General Assembly of the International Solar Alliance will be inaugurated on the 2nd of October?
A Delhi
B Mumbai
C Bengaluru
D Chennai

The first General Assembly of the International Solar Alliance, ISA, will be inaugurated on the 2nd of October in Delhi. The ISA is a major initiative of Modi in contributing to the implementation of the Paris Climate Agreement. The Founding Conference of the ISA was jointly hosted by Narendra Modi and French President Emmanuel Macron in New Delhi on 11 March 2018.
2 Where is the 5th Track Asia Cup Cycling being held?
A India
B France
C Indonesia
D Australia

India won 3 Gold, 3 Silver and a Bronze on the opening day of the 5th Track Asia Cup Cycling in New Delhi. Mayuri Lute won the country's first Gold in the Women's Junior 500 metres race. Another Gold came after the Indian men's junior team performed as expected in the team sprint event, by defeating Kazakhstan.
3 Who has been appointed as new Secretary of Central Vigilance Commission?
A Pawan Kumar Kalarwal
B Anindo Majumdar
C Kamlesh N Vyas
D Bharat Lal Meena

Anindo Majumdar appointed as new Secretary of Central Vigilance Commission. He was the chief secretary of the Andaman and Nicobar Islands and appointed as financial commissioner of Delhi in July.
4 Who is appointed as independent director on board of Air India?
A Nithyashree
B Vijaya Kumari
C Vimala Kumar
D D.Purandeswari

D.Purandeswari is appointed as independent director on board of Air India.
5 Which country will host the Women’s Boxing World Championships from November 15-24, 2018?
A Pakistan
B Germany
C India
D Japan

India will host the Women’s Boxing World Championships after more than a decade from November 15-24, 2018, in New Delhi. The marquee tournament was last held in India in 2006 and remains the best for the country in terms of performance. The first edition of the women’s world championship was held in the Unites States in Scranton in 2001.
6 In which place Creamline Dairy Products Ltd. is to set up its new plant?
A Hyderabad
B Mumbai
C Visakhapatnam
D Varanasi

Union Transport Minister felicitated Anushka Sharma during the 34th anniversary of Priyadarshni Academy Global Award, in Mumbai. She received the Smita Patil award for best actor. Global Awards honours the eminent personalities in social, cultural and educational fields that have made significant contribution in their respective fields. Awards were started in the year 1987.
9 Which bank has paid ?38 crore in fines to the GST department for alleged violations in domestic remittances?
A SBI
B ICICI
C Axis
D YES

Private sector lender Yes Bank has paid ?38 crore in fines to the GST department for alleged violations in domestic remittances. A bank official said the money has been paid "in protest" and the lender believes that it has not violated any norms. However, the tax department is of the view that the bank underpaid GST.
10 Which of the following set record as best Indian performer in the women’s 400m Individual in Swimming championship?
A Nisha Millet
B Shikha Tandon
C Anshu Malik
D Richa Mishra 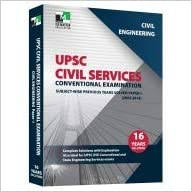