India was defeated by Maldives by 1-2 in the SAFF Cup finals. From Indian side, only Sumeet Passi scored a goal. It was held at the Bangabandhu National Stadium in Dhaka on 15 September.
2 In which Indian city 15th Pravasi Bharatiya Divas will be held ?
A Varanashi
B Kolkata
C New Delhi
D Chennai

The 15th Pravasi Bharatiya Divas will be held in Varanasi (Uttar Pradesh) from January 21 to January 23, 2019. Its theme will be “Role of Indian Diaspora in Building a New India”.
3 In which of the following states 'Aero India 2019' will be organised ?
A Karnataka
B Tamil Nadu
C Maharashtra
D Andhra Pradesh

The tourism ministry would organise the 2nd edition of 'Paryatan Parv' from September 16 to September 27 2018. The 4th edition of World Summit on Accreditation pertaining to educational institutes took place in New Delhi. The defence ministry announced that Bengaluru will host the five-day show 'Aero India 2019' from 20-24 February 2019.
4 Ice, Cloud and land Elevation Satellite-2 or ICESat-2 has been launched by which of the following space agencies?
A ISRO
B NASA
C CNSA
D ESA

Dawn, NASA’s space probe for the asteroid belt, is coming to an end due to lack of hydrazine. NASA launched Ice, Cloud and land Elevation Satellite-2 or ICESat-2 which will track Earth’s melting poles and disappearing sea ice on 15th September 2018. India’s first underwater robotic drone, 'Eyerovtuna', was launched on 14th September 2018.
5 Satya Prakash Malaviya who passed away recently was a famous..
A Politician
B Entrepreneur
C Writer
D Social Activist

Satya Prakash Malaviya, the former Union Petroleum Minister, 84, passed away on 16th September at a private hospital in New Delhi.
6 Who is the gold medalist in the 48 kg youth category of the Silesian Open boxing tournament for women held in Gliwice, Poland?
A M.C.Mary Kom
B Sandeep Kaur
C Jyoti Gulia
D L.Sarita Devi

M.C.Mary Kom, Five-time World champion, won her third gold medal of the year in the 48kg youth category of the Silesian Open boxing tournament for women in Gliwice, Poland.
7 Which of the following branch did Union Bank of India recently close?
A Australia
B Germany
C Norway
D Switzerland

On December 19, 1994, the UN General Assembly proclaimed September 16 to be the International Day for the Preservation of the Ozone Layer, commemorating the date when the Montreal Protocol on Substances that Deplete the Ozone Layer was signed in 1987. 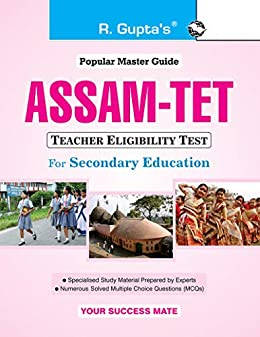