1 Who has been appointed as the acting head of the UN Environment Programme on 22 November 2018?
A Klaus Töpfer
B Joyce Msuya
C Erik Solheim
D Elizabeth Dowdeswell

On 22 November 2018, Tanzanian microbiologist Joyce Msuya has been appointed as acting head of the UN Environment Programme (UNEP) following the resignation of Erik Solheim. Erik Solheim was the Executive Director of UNEP. Prior to joining UN, served as Adviser to the World Bank Vice President. She also served in the Republic of Korea, as the inaugural World Bank Special Representative.
2 In which State does Denmark-based Grundfos company plan to set up its third pump production unit by 2020?
A Maharashtra
B Kerala
C Tamil Nadu
D Uttar Pradesh

The Indian subsidiary of Denmark-based Grundfos is to set up its third pump production unit by 2020 in Chennai, Tamil Nadu.
Advertisement
Advertisement
3 Where will the 19th edition of the prestigious 'Laureus World Sports Awards' be held on 18 February 2019?
A Paris
B Monaco
C Marseille
D Nice

The 19th edition of the prestigious 'Laureus World Sports Awards' will be held in Monaco on 18 February 2019. 'Laureus World Sports Awards' are considered as the 'Oscars of sports'. Tennis player Roger Federer won the Laureus Sportsman of the Year award for 2017. Former India cricket captains Kapil Dev, Rahul Dravid and Sachin Tendulkar are members of the Laureus Academy.
4 Which country joined with Poland for US rejection of UN migration pact?
A Indonesia
B Albania
C Saudi Arabia
D Australia

Australia and Poland for US rejection of UN migration pact.
5 Who has been appointed as the first 'Youth Advocate' of the Northeastern region by the UNICEF on 23 November 2018?
A Zubeen Garg
B Papon
C Nahid Afrin
D Joi Barua

On 23 November 2018, singer Nahid Afrin of Assam has been appointed as the first 'Youth Advocate' of the Northeastern region by the UNICEF to fight for child rights. The UNICEF engages 'Youth Advocates' to act as agents of change in society. She made her playback debut in the 2016 Bollywood film 'Akira'. She received the best female playback singer award at the Assam state Film Award 2018.
6 Which country ranked 5th in the list of most vacation deprived nation in the world: Expedia ?
A India
B Indonesia
C Pakistan
D Saudi Arabia

India country ranked 5th in the list of most vacation deprived nation in the world: Expedia.
7 Who has been appointed as the brand ambassador of Uber Eats in India on 22 November 2018?
A Varun Dhawan
B Alia Bhatt
C M.S. Dhoni
D Virat Kohli

Uber Eats has appointed actor Alia Bhatt as its brand ambassador in India on 22 November 2018. India is the first country for Uber Eats globally where the company has appointed a brand ambassador. Uber Eats is the food delivery arm of Uber and was launched in India in May 2017. The food delivery service is available across 37 cities in India.
8 Who got third Sayaji Ratna Award?
A Sonam Kapoor
B Anil Kapoor
C Shahid kapoor
D Amitabh Bachchan

IIT Roorkee Professor Vimal Chandra Srivastava has won the 'NASI-Scopus Young Scientist Award 2018' in 'Environmentally Sound Sustainable Development' category. He has been given the award for his work on Industrial Wastewater Treatment, Clean Liquid Fuels, and Multi-component Adsorption. The Award was instituted by Elsevier in the year 2006.
10 Where will the sixth edition of the 'Brahmaputra Valley Film Festival' begin on 28 November 2018?
A West Bengal
B Arunachal Pradesh
C Assam
D Manipur 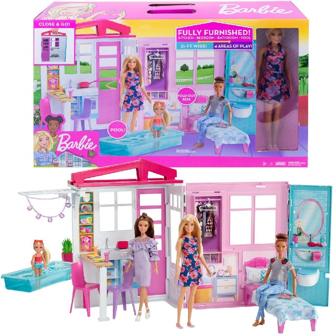